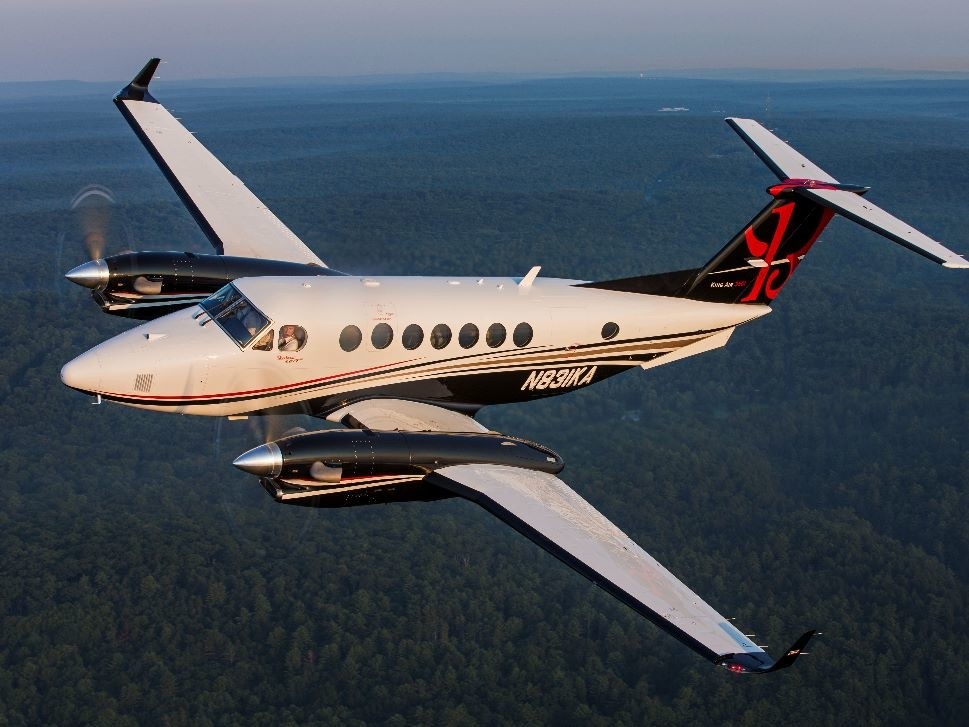 The Beech King Air 350 is for people who want to make their air plane budget in ink, not pencil. Its rugged design, more than 40 years of heritage and robust systems make the 350 one of the most dependable and predictable turbine air planes around.The Super King Air 350 is powered by two Pratt & Whitney Canada PT6A-60A turboprop engines rated at 1,050shp at ISA +10C, each driving a Hartzell four-bladed, full-feathering, reversible, constant speed propeller. The Super King Air 350 is a pressurized, twin-engine turboprop business aircraft configured as a cantilever low-wing monoplane with a T-tail and aft ventral fin. It has retractable tricycle landing gear with dual wheels on each main unit. The 350 series incorporates a 34- inch stretch of the King Air 300 fuselage and has one additional window per side. The wingspan has been increased by 3 feet over that of the model 300, and 24-inch graphite composite winglets have been added to the wingtips to reduce drag at higher angles of attack as in takeoff and climbout.The cabin of the Super King Air 350 has seating for eight passengers in a double club arrangement. The aft lavatory also has a belted seat. The seats are fully adjustable and reclining, and track in and out from the wall. Folding work tables, cupholders, and individual fresh air inlets are included.